No Bad Angles - A Picture Perfect Space for Everyday Living 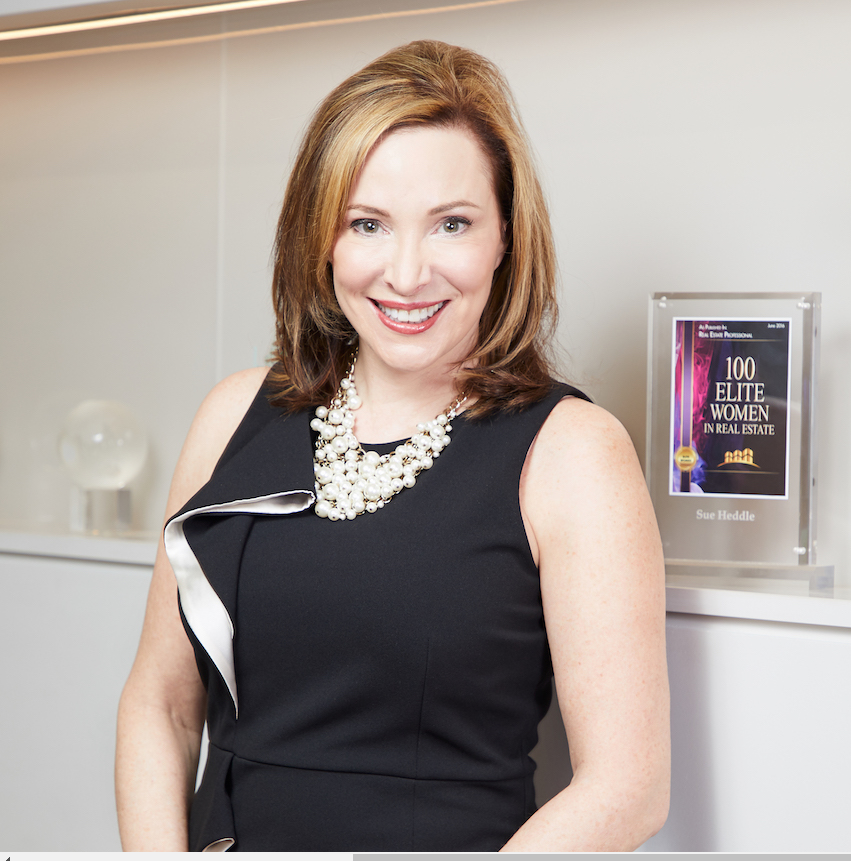 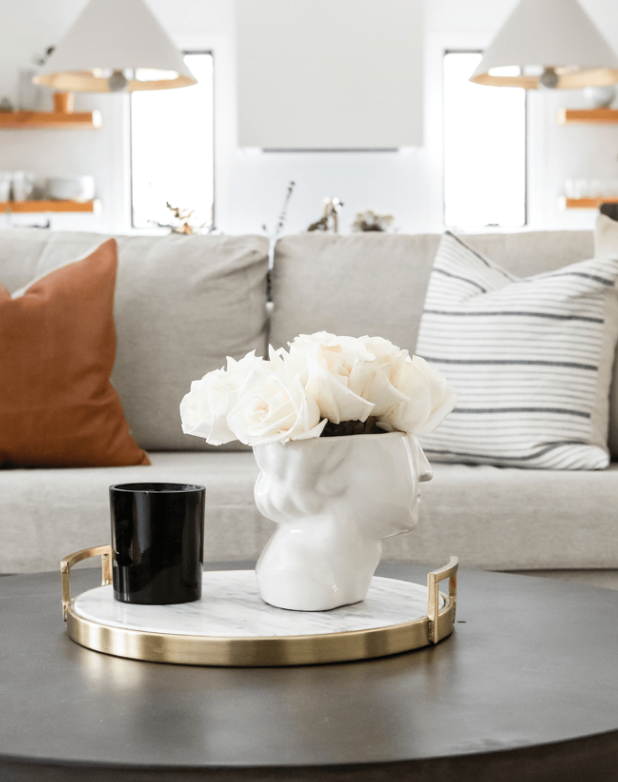 When Ginger Curtis, owner and principal designer at Urbanology Designs, was tasked with elevating the interiors of this Dallas, Texas home, she knew she’d be drawing elegance out of the most simple monochrome of all. She wondered, “How do we take a black-and-white palette and elevate it so that it’s beautiful, but also very on-brand?”

For this particular project, the idea of remaining on-brand was crucial. Her client, Ashley Robertson, is the founder of lifestyle and beauty blog, The Teacher Diva. Marrying her client’s established public persona with the design of a practical space for a family of four remained top-of-mind throughout, but especially in the living room.

“One of the things that I was really aware of and thinking through for each angle of that room is that she’s an influencer and this is her home, and every part of her life is her business,” Curtis shares. “I really wanted to make sure that that every angle of that room and all the rooms were effortless, so that when she was walking through the house in her pajamas and slippers and she she’s grabbing some content, she didn’t have to think about it; everything is there and done. But then at the same time, it’s livable.”

Designer Ginger Curtis added character to a monochromatic color palette with prominent mixed metals, thoughtfully selecting pieces that wouldn’t add weight to the space, such as the structural end tables. “They feel a little architectural and I love that about them,” says Curtis. “They’re interesting, they’re simple, but they’re open, so it doesn’t feel like there’s something blocking the access point on the ends of the sofa.”

With that in mind, she adopted one rule: no awkward corners. Balancing the dual purposes of her space led Curtis to design what can be considered a live-in creative studio. It’s both styled to Robertson’s taste—chic-modern, as Curtis describes it—and highly functional.

The two sofas centering the living room, for example, are covered in performance fabric. Off-white linen is a bit more forgiving than the stark-white paint color dressing the walls, while contrasting black velvet adds dimension to the area. Curtis personalized the seating area with patterned throw pillows and anchored it with a metal, drum-shaped coffee table, topped with a simple trio of a tray, candle, and fresh flowers. Finally, she kept it from looking overly chic with a set of leather sling chairs.

No matter where you’re seated in this central area, you’re guaranteed a picture-perfect vignette. The black sofa sits in front of sweeping windows overlooking the backyard, “so it helps to frame one of the most natural focal points in the house,” says Curtis. The sling chairs, meanwhile, present an edgier scene, backed by a pair of Justyn Chapman prints and a structural Rejuvenation sconce, and given a casual air with a simple wood side table and wispy olive tree—faux, by request.

Behind the linen sofa, you get a more familial view, opening onto the kitchen. Architectural details like the ceiling beams lend a natural communication between the two rooms, which made it easy for Curtis to blend the open floor plan. She further connected the distinct spaces with a uniform color palette and materials. “The thought is creating a sense of cohesiveness,” she says. “You don’t want it to be jarring from the flow of the kitchen to the living room.”

Curtis gravitates toward the same visual landing point whether standing at the kitchen sink or sitting on a sofa: the in-wall fireplace, tucked between two built-in bookshelves and quietly beneath the Frame TV, which itself is disguised with an artistic, black-and-white image. Two wood stools below offer a kiss of warmth. “It’s kind of stunning in a way, but so simple,” says Curtis. “It’s a moment of peacefulness that really helps to ground the space entirely.”

Throughout the room, and especially in filling the bookshelves, Curtis sought to introduce balance without veering into an overly symmetrical look. Opposite shelves of the built-ins equally weigh a collection of framed artwork, sculptures, and vessels. The collection repeatedly summons the human form to “provoke a little bit more emotion or thought, even on a subconscious level, because it’s a reflection of us in some way,” she notes.

For Curtis, true elegance is in the nuance. “[Styling is] not a detail; it’s a major element,” she says. Its importance is on display in the oversize pendants hanging from the ceiling, capped with a small marble ball; the structural side tables with open edges that simulate a current; and the subtlety of the mixed metal tones throughout.

“You don’t often see that level of simplicity that Ashley really gravitates to, so I think that it’s much more unique and much more pared back,” Curtis says of the details. “It’s really a less-is-more concept, so that every piece becomes so much more intentional.”

It all comes together to create the "spacious, airy, and open" living room that embodies Curtis's signature approach, landing with ease in that precarious space between too much and not enough. The same monochromatic, elegant simplicity is mirrored throughout the home with no bad angles.

“Our rooms will always feel a little more pared back than overdone every time because I do not want to stuff a room,” says Curtis. To maintain both physical and visual lightness, she creates maneuverable walkways by spacing out large furniture, and then brings in accessories that elevate the themes already present: thin frames, ceramics, and candlesticks placed on the shelves mirror the colors and materials seen throughout the room.